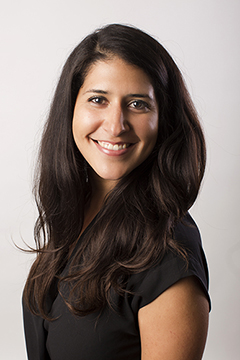 Carmen Mosley was born and raised in San Diego, California. She received her bachelor's degree in Anthropology at the University of California, Santa Cruz, and moved to Albuquerque in 2006 to pursue her doctoral degree in evolutionary anthropology at the University of New Mexico. Witnessing her mother struggle with asthma and her father cope with type 2 diabetes, Carmen became intrigued by the factors that affect health, particularly in minority groups. Her African-American and Hispanic heritage compelled her to focus her dissertation research on the sociocultural and biological factors that influence health risk among New Mexican Hispanics. She is currently living in Richmond, Indiana where she has a Predoctoral/Postdoctoral Teaching Fellowship at Earlham College. Upon completing her dissertation, Carmen plans to continue to conduct research on the sociocultural dimensions of diseases in Hispanic groups in the US. 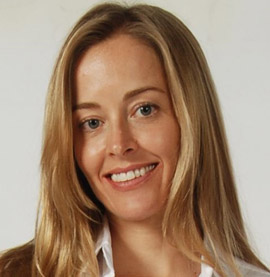 My interests in understanding human diversity began during my childhood in Socorro, New Mexico. The population of Socorro is predominantly Hispanic, but also has a significant portion of Native American and "Anglo" (non-Hispanic white) people. Many of my friends' families had been in Socorro for generations and considered themselves to be of Spanish descent. As a "gringa", I wasn't considered part of this group, but neither were first-generation Mexican-Americans. In school, I learned about the native people who had been in New Mexico for millennia, the Europeans and others who came later, and the interaction between these groups. Visiting relatives back east, I realized how different my concept of Hispanic was from theirs. To me, Hispanic didn't mean someone was foreign-born or racially different, but instead referred to European Americans with a distinct cultural and linguistic heritage. My observations of New Mexico's uniqueness aroused my interest in learning how people develop their social identities. My research looks at relationships between ethnic identity, ancestry and culture in New Mexicans of Spanish-speaking descent (NMS). The goal of this research is to understand how NMS identify themselves, how they decide how to identify other people, and what the consequences of these decisions are for mate choice, socioeconomic opportunity, and health. 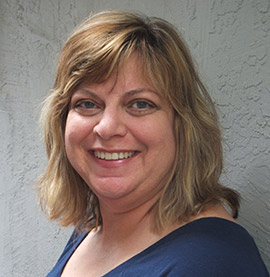 I grew up mostly in Las Vegas, Nevada. I went to college at the University of Nevada, Las Vegas, and got my graduate degrees at Arizona State University and Ohio State University. I’ve been in New Mexico and at UNM since 2003. My interest in the relationship between race, ethnicity, history, and biology was sparked when I helped excavate and analyze over 1,100 skeletons from a turn-of-the-20th-century African American cemetery in Dallas, Texas, in the 1990s. I began to wonder what the people we were excavating had in common culturally and biologically, and how they were different from others in their community. In other words, I wondered what it meant to be “Black” in Dallas around 1900. Did “Black” mean the same thing in other places, at other times? If not, what were the causes of the differences?

After moving to New Mexico I started to learn about the fascinating culture and history of the state and its’ people. Developing and conducting this research has given me the opportunity to talk about heritage with many New Mexicans of Spanish-speaking descent. Our research team has collected the information necessary to start to answer questions about social interactions, history, ethnicity, genetics, and health. Of course, our work has also generated 1,000 more questions, and I’m excited to get to work on them! 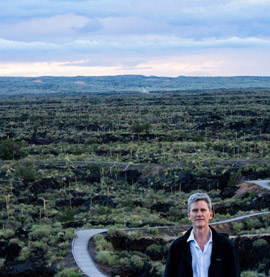 Keith Hunley received a BS in Biology from Purdue University and a PhD in Anthropology from the University of Michigan. From 2002 – 2004 he was faculty research fellow in the Department of Human Genetics at the University of Michigan. Since 2004 he has been a faculty member in the Department of Anthropology at the University of New Mexico. His research examines the evolutionary processes that have molded human biological and cultural diversity at different times and places in the past. His specific interests include human origins and prehistory, genetic and linguistic co-evolution in Native America and Island Melanesia, and identity and health in New Mexico.